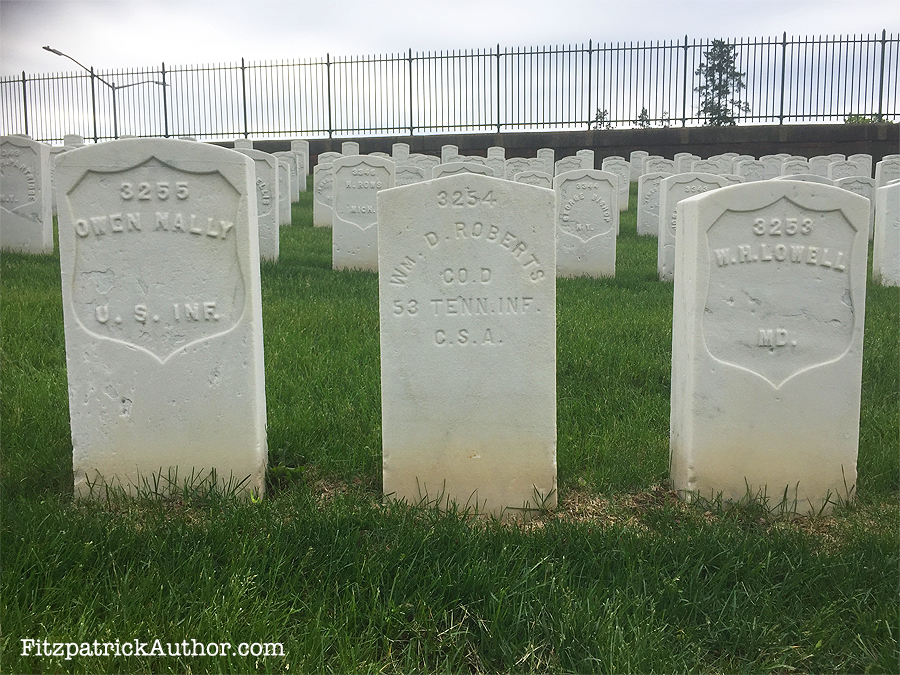 This week I led a pre-Memorial Day tour to Cypress Hills National Cemetery. It was the first time I had ever visited the gravesite of Private William D. Roberts, Confederate soldier, in Grave 3254.

I’ve written in the past about the 500 Confederates buried in Brooklyn. And a book about the World War One war dead. But Private Roberts’ story is unique, so I’ll share it for Memorial Day. As a prisoner of war who died in New York, he is just one of the more than 18,000 veterans who are interred in the only U.S. cemetery in New York City.

William D. Roberts was 22 and single when he enlisted in Nashville on 1 January 1862. He was from Giles County, Tennessee, which shares a border with Alabama. He was assigned to Company D, 53rd Tennessee Infantry Regiment. When Fort Donelson, on the Cumberland River in Dover, Tennessee, fell to U.S. troops on 15 February 1862, Roberts was sick in the post hospital. He was captured there and shipped to Camp Morton, Indianapolis. On 28 August 1862 he was exchanged at Vicksburg, Mississippi, and taken to the general hospital in Richmond, Louisiana. He returned to his regiment.

Private Roberts was captured a second time when Port Hudson, Louisiana, fell to Federal forces in July 1863. This was the last Union campaign to recapture the Mississippi. On 8 October 1863 he was brought to Vicksburg again and exchanged. He was only back with Confederates forces for a few days when he was captured for a third time, at Connersville, Tennessee. He was sent to prisons in Nashville and Louisville. On 22 March 1864, he was moved to Fort Delaware, an island fort in the Delaware River. This would not be his only Union island internment, only his first one. After six months in prison he was paroled in September 1864. 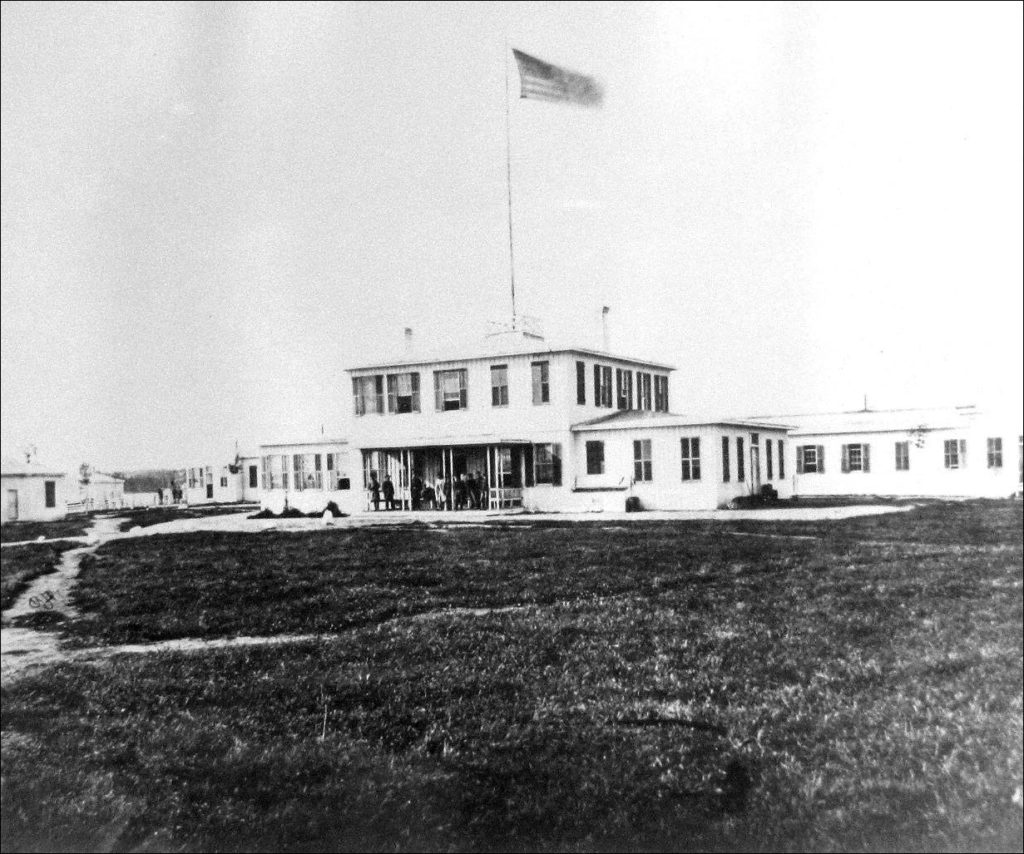 Roberts somehow made it back to his regiment in time to be at the Battle of Bentonville, North Carolina, held March 19-21, 1865. This proved to be the final battle between the armies of Union Maj. Gen. William T. Sherman and Confederate Gen. Joseph E. Johnston. The U.S. lost 194 and the South 239 killed in the largest battle held in the state. Private Roberts was wounded in the knee by a shell and taken to a hospital in Thomasville. He was captured a fourth and final time on 2 November 1865 and sent to the post hospital in Morehead City, North Carolina.

His journey North was soon after this when he was put on a ship bound for New York. Private Roberts was moved to Davids’ Island, DeCamp General Hospital. This is just off New Rochelle, between City Island and Hart Island. On 13 December 1865 Private Roberts died of phthisis (“military tuberculosis”), an infectious disease caused by tubercle bacillus. The formation of tubercles on the lungs and other tissues of the body often occurs long after the initial infection.

Private William D. Roberts was the last Confederate Prisoner of War to die in New York.