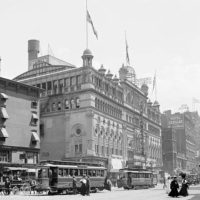 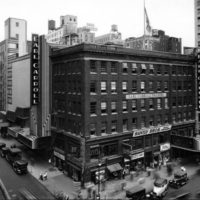 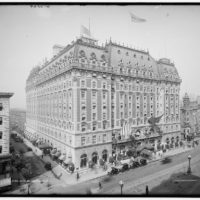 Take a stroll through the New York life of actor-comedian W. C. Fields in the era from 1905 into the Roaring Twenties. Walk in the footsteps of the great performer and see the locations associated with his life before he went to Hollywood. If you are a fan of old theater stories and silent movies, this is the tour for you. 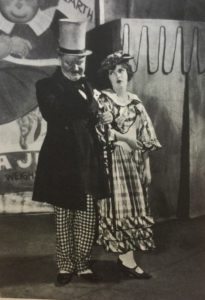 The walk begins in Shubert Alley between Forty-fourth and Forty-fifth streets, next to the Shubert Theatre and covers the Times Square neighborhood. See the locations of the theaters, hotels, restaurants, and landmarks tied to the life of W.C. Fields. Among the stops are the New Amsterdam Theatre and Lunt-Fontanne Theatre (both still standing) and former locations of the Earl Carroll Theatre and the New York Theatre.

The tour provides an overview of the history of Broadway, Vaudeville, New York performers, and Times Square. The history of Prohibition, the Actors Strike of 1919, the rise and demise of Vaudeville, and the colorful stories of the Ziegfeld Follies are also reviewed.

The walk usually concludes at a former speakeasy once owned by Texas Guinan, for some very Fields-like cocktails.

Meeting point: in front of the Shubert Theatre, Shubert Alley (44th Street between 7th and 8th avenues). The walk will encompass approximately 25 blocks, so wear comfortable shoes. In the spirit of W.C. Fields, kids, strollers, and dogs welcome.