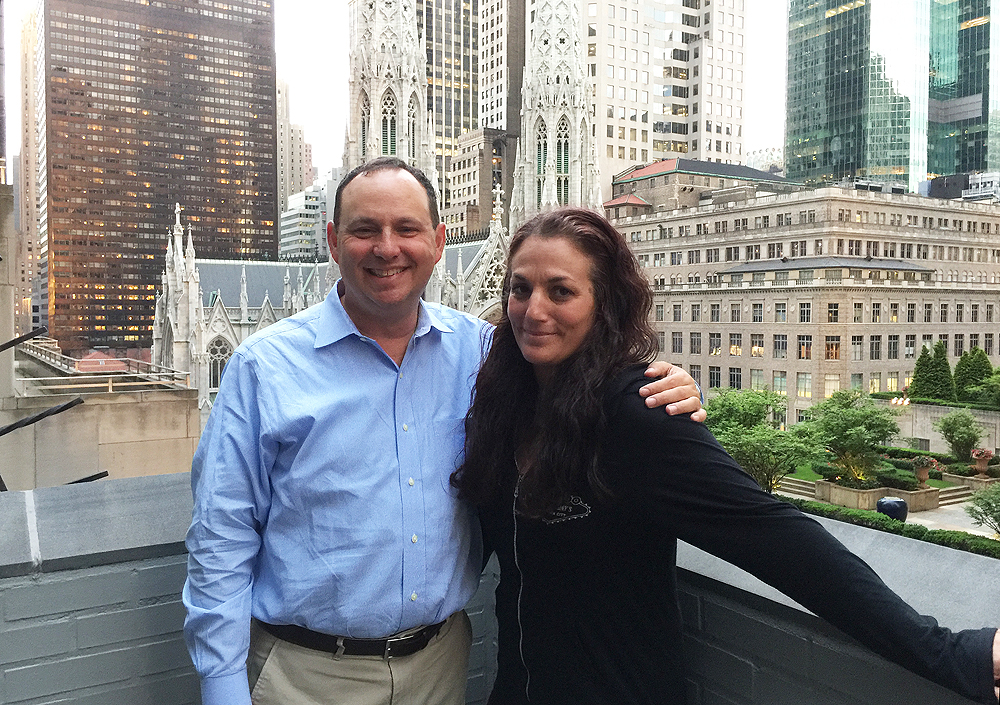 Kevin and Joanna on the roof of The Lambs.

Joanna Holliday is a professional poker player, bartender, and wellness enthusiast. Kevin Fitzpatrick is the author of seven books tied to New York City history, and a walking tour guide. The Big Show is recorded live at The Lambs in Midtown Manhattan.

Episode 4: Billy the Artist – June 18, 2018
The first guest on our show is Billy The Artist, Billy Miller. On episode 4 of Joanna and Kevin’s Big Show, we welcome Billy. He’s been a resident of the East Village since 1990 and has had his work exhibited around the world. Some of the brands he’s worked with are Swatch, Toyota, and Vans. His murals are in the Bronx, Harlem, and the East Village.

Episode 3: Tipping Tales and Side Hustles – June 11, 2018
We get into tipping do’s and don’ts with Jo Holliday, who’s been behind the bar for 24 years and knows the game. How much should you slap down? In Kevin Fitzpatrick’s segment, we talk about side hustles. Everybody has one, and in Kevin’s case, it’s been the family business since the 1930s. Thanks for listening!

Episode 2: Poker Shape, Books, Phobias – June 4, 2018
Jo Holliday starts to get into “poker shape” and prepare for the World Series of Poker. She’s not drinking while working in a dive bar and the mental aspect in poker. Kevin Fitzpatrick talks about his World War I book and promoting the book during the year. He’s also interested in veterans and veterans affairs. Jo and Kevin also map out what future episodes could hold for the Big Show.

Episode 1: Pilot – May 29, 2018
On the pilot episode of Joanna & Kevin’s Big Show: meet us as we decide what the podcast will be about. We also need to come up with a name for the show, introduce ourselves, and come up with ideas.