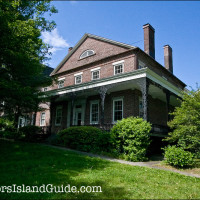 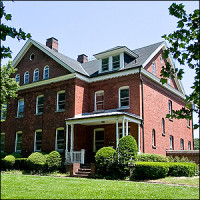 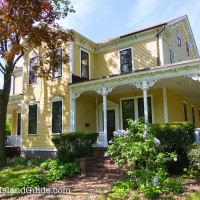 For the ultimate deep-dive into the history of New York’s greatest public park, take the Secrets of Governors Island Walking Tour led by Kevin C. Fitzpatrick, author of The Governors Island Explorer’s Guide. This is the first and only guide book for the Island; it was nominated by the Guides Association for New York City for the Apple Award for Outstanding Achievement in Non-Fiction New York Books.

Kevin, a licensed New York City sightseeing guide, started leading this walking tour in 2006. Besides the fine National Park Service rangers, he has given more tours than any other guide on the Island, for 13 years.

Private charters are also available if you contact him. There are other tours of the Island, but this is the only one that is two hours in length and covers both city and federal landmarks, visits Fort Jay and Castle Williams, and shows visitors the secret spots. Hear some dark secrets and see where the bodies are (literally) buried.

For more than 200 years, Governors Island was closed to the public. Learn how a former military post became New York’s greatest new park. This tour is for anyone who wants to learn about the island’s past, present, and future. It’s an active walking tour of pathways and hills, of approximately three miles. The island is only accessible by a seven-minute ferry ride; your ferry ticket is included in the cost of your tour.

* Three hundred years of island history, from Dutch explorers to the Jazz Age Lawn Party;
* Learn about the military role from the American Revolution to the Cold War;
* Architectural history of all Army buildings and Army housing;
* Climb Outlook Hill to see the Statue of Liberty and enjoy 360-degree Harbor views;
* Significance of all fortifications and military use of the island;
* See 3 houses of worship, the schools, and community buildings;
* See rare photos, maps, and drawings from Kevin’s personal collection.

Tickets must be bought at least 2 hours in advance of the tour start time.

The Guide: Your guide will have a BLUE flag.

Meeting Time:
The meeting time is always at least 30 minutes before the schedule start time. If it is a 2:00 p.m. tour, meet 1:30-1:45 p.m. inside the lobby of the Battery Maritime Building. The cost of your ticket is included with advance purchase. Arrive at the ferry terminal at least 30 minutes before departure time. The ferry departs promptly, do not miss the boat.

This tour is designed for tourists, locals, families, and groups of friends. You’ll visit more than thirty locations and come away with a new appreciation for the area.