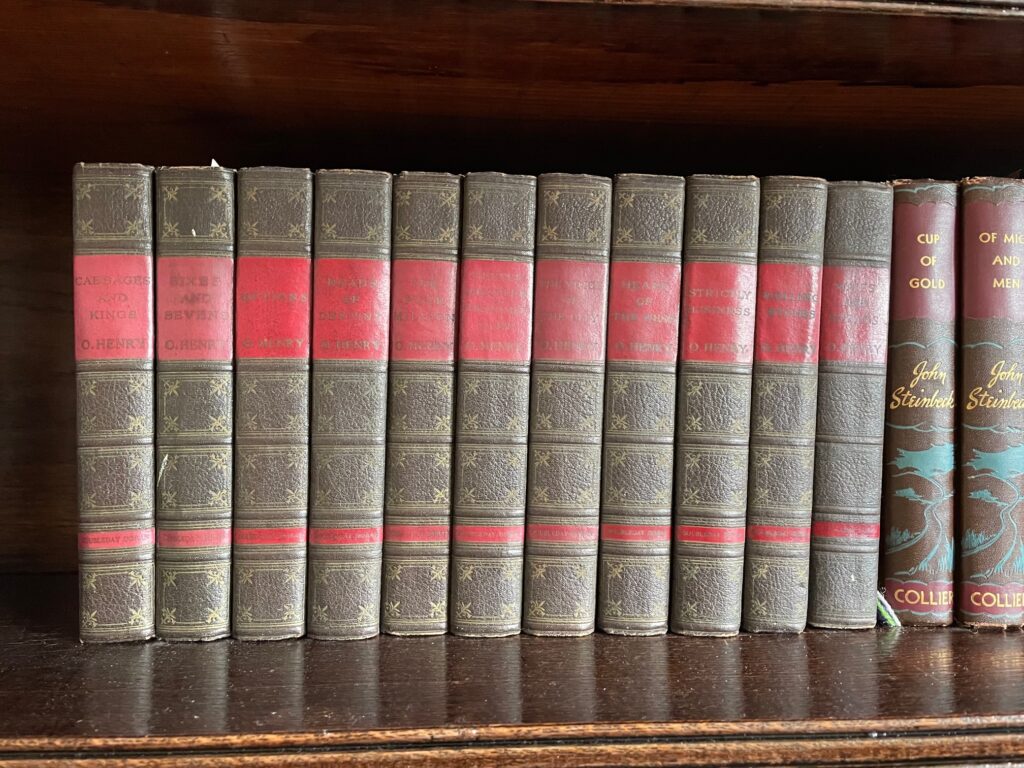 The Complete Edition of O. Henry

I am launching a fiction reading challenge this month and I invite other fiction fans to join me. I am focused first on O. Henry for a 12-week reading sprint to read his collected works. I’ll be launching an online reading club around it #OHenryReaders on Twitter.

Why O. Henry? Because he’s one of the greatest American short fiction writers? Actually, it is because more than a decade ago I picked up 11 of the 12-volume “The Complete Edition of O. Henry” published by Doubleday, Doran & Company, in faux-leather. I never read the books and they’ve been staring at me ever since. I got the missing book, Whirligigs (1910) on eBay ($5.00) for the same edition, so my collection is complete.

I guess everyone is familiar with “The Ransom of Red Chief” and “The Gift of the Magi,” just two of the hundreds of short stories O. Henry (1862-1910) composed. It’s been 30 or more years since I actually read these two gems, and I never read anything else. There are 12 volumes to wade into.

Separately—and in future weeks—I’ll talk about O. Henry, the man and writer. Yes, I have sat in his booth at Pete’s Tavern. Yes, I know how he died. Of course.

I’m going to try and read one book a week and post the results each Monday. I’ll have a recap and hopefully more will join me. I also have ordered a biography, O. Henry, The Man and His Work, by E. Hudson Long ($5.00 in dust jacket), so I can include some bio material in my weekly posts. 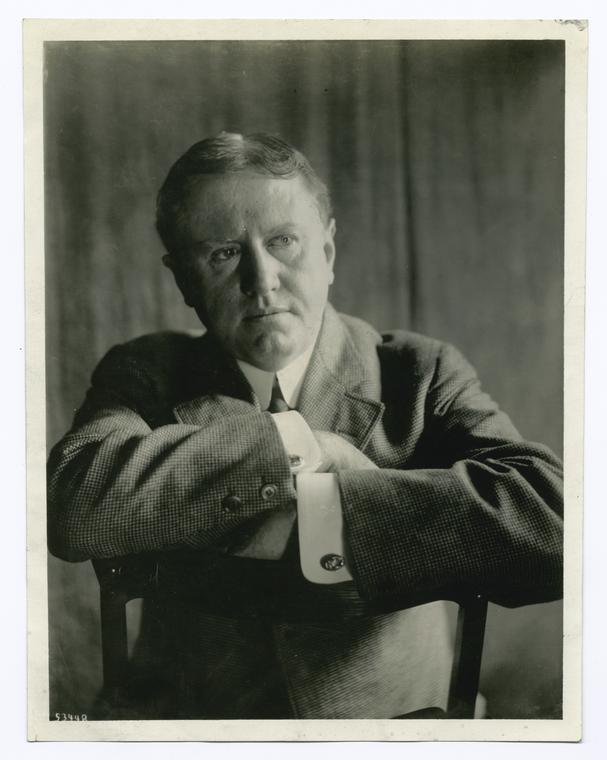 The Complete Edition of O. Henry

These are the books, which are listed in rough chronological order. They don’t have volume numbers in them, but this is the order that others have put them into.

Today I completed Cabbages and Kings. My recap, I’ll try and do these weekly.

O. Henry sets a series of linked short stories into one sweeping story set in the fictional banana republic of Anchuria, a stand-in for Honduras, where he himself hid out from the authorities, just as his characters do.

In the background of everything is the Vesuvius Fruit Company–a thinly-disguised United Fruit Company–with its banana trade, dirty money, henchmen, and fleet of steamers that carries the cast of characters to and from New Orleans and New York City. There are dictators and shady men galore, along with O. Henry’s copious notes on the flora and fauna, and an expert’s eye on the native animals and culture.

The heart of all of the stories are the American expats who are hiding out from life in the sleepy coastal town of Coralio, a town so poor it doesn’t even have a port and all ships anchor a mile offshore. O. Henry populates his stories with Irish wiseguys, “Caribs,” and descendants with Spanish blood; he spends a lot of time describing the beautiful female characters of the story but leaves just enough room in the imagination to picture more (this is 1905, after all). The plot is driven by the lack of technology; there is one phonograph in the country, one telegraph line, one narrow-gauge railroad that goes nowhere.

The key characters are fully drawn, as a combination of rogues, drunks, and ne’er do wells. You can picture the men in their white linen suits lazing away in hammocks and the objects of their desires walking around the scenes barefoot. There is no sex, a few gunshots, and a sideways look at American foreign policy and the fruit company crooks the U.S. backs. While Cabbages and Kings has riddles and mysteries, it also has a lot of O. Henry’s 19th century style phrases and more than a few passing remarks that are not politically correct to write in 2022. But these do not mar the story, they are from the times.

It was an enjoyable, quick read. I admit I was not expecting the last dozen pages of twists and turns, completely forgetting that this was O. Henry and that was his trademark. He had laid a trap for the readers on the first page, and paid it off on the last.

Next up: The Four Million.