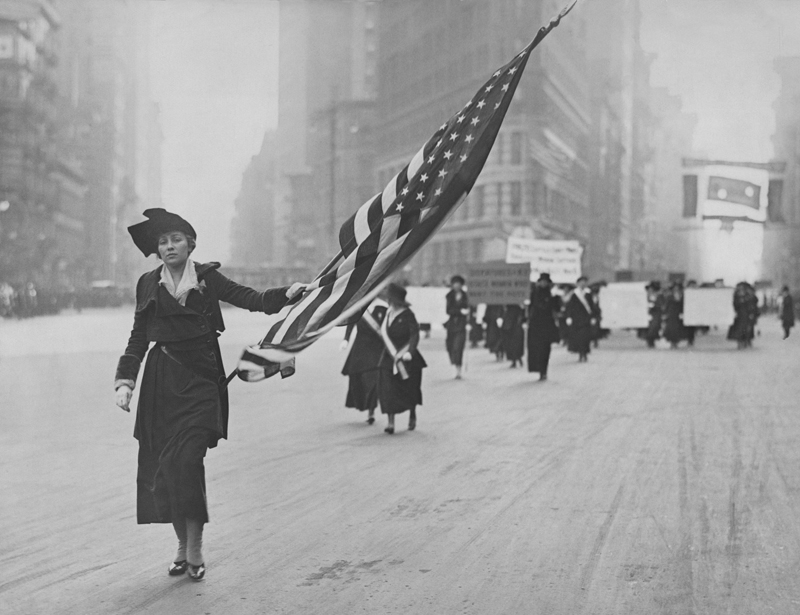 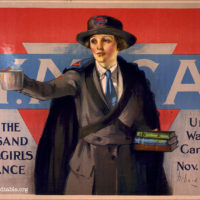 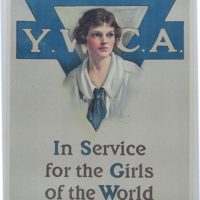 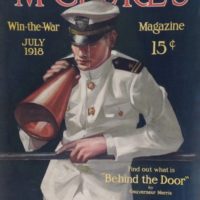 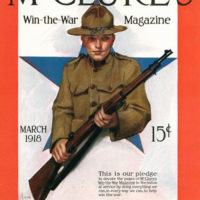 
Today is the birth date of Neysa McMein, January 25, 1888, in Quincy, Illinois. Born Marjorie Moran McMein, she was the highest-paid and most in-demand female artist of the Jazz Age, who painted scores of magazine covers and created iconic posters in World War I. She was also a player in Women’s Suffrage in New York, a fashion icon, and a member of the Algonquin Round Table. McMein was a volunteer in France in WWI, entertaining Doughboys for the YMCA.

Playwright Marc Connelly fondly recalled McMein as the woman who “rode elephants in circus parades and dashed from her studio to follow passing fire engines.” For twenty years she was the most famous female artist in the country. Her colorful magazine covers helped sell millions of copies. In 1929 she was called “the highest paid woman artist in the United States.” 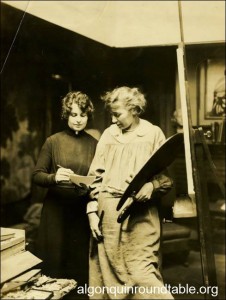 She left Quincy for the Chicago Institute. After she became famous, she would return to Quincy as a celebrity. She broke into advertising in her early twenties by drawing shoes and hats in Chicago. McMein knew that New York would be a better market for her, so in 1912 moved East. When she arrived at the train station her new name was Neysa.

McMein was a professional artist with a zest for life. She set up a studio in a commercial building at 57 West 57th Street, on the corner of Sixth Avenue. Wearing a paint-smeared smock (and pearls) she would paint beautiful models for magazine covers (McCall’s, the Saturday Evening Post) and advertisements (Palmolive, Wrigley’s). While the model (sometimes a showgirl or a girl she spotted on the sidewalk) would pose, a party would be going on around them in the studio. It was to Neysa’s that the Vicious Circle would gravitate after their luncheons. A visitor might see Harpo Marx clowning for Alexander Woollcott and Charles MacArthur. Cole Porter sang to Neysa while she worked; George Gershwin gave a workout to Neysa’s piano. Dorothy Parker and her first husband, Eddie, lived across the hall. Tallulah Bankhead, Marc Connelly, and Ruth Gordon would stop by. In 1924 Edna Ferber gave McMein a bit of immortality by basing the character Dallas O’Mara on her in the Pulitzer Prize winning novel So Big.

In the era before radio and television, McMein was constantly in newspapers and magazines. She could announce who she believed were the most beautiful women in the country, and it made headlines. She and Parker teamed up: McMein would paint a portrait of a president or a prizefighter, and Parker would write up an account of the sitting. McMein wrote magazine articles about beauty and fashion; later she had a syndicated newspaper column devoted to her other twin passions: numerology and party games. 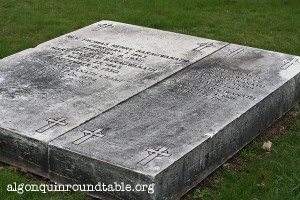 Neysa McMein is interred in Rhinebeck Cemetery in Dutchess County, New York, next to her husband, John Baragwanath.

Neysa McMein was credited with “inventing” —or at least popularizing—Scavenger Hunts. Franklin P. Adams wrote about it in “The Conning Tower” on July 28, 1925: “To Jane Grant’s, where was a party for Alice Miller’s birthday, and had a merry time of it, save for a silly treasure hunt, a craze that hath become widespread while I was not here to crusade against it.”

McMein lived in a brownstone at 136 West 65th Street in 1918; the building was demolished about forty years later to make way for Lincoln Center for the Performing Arts (her old house was about one hundred feet from a decorative fountain with a Henry Moore sculpture in the center).