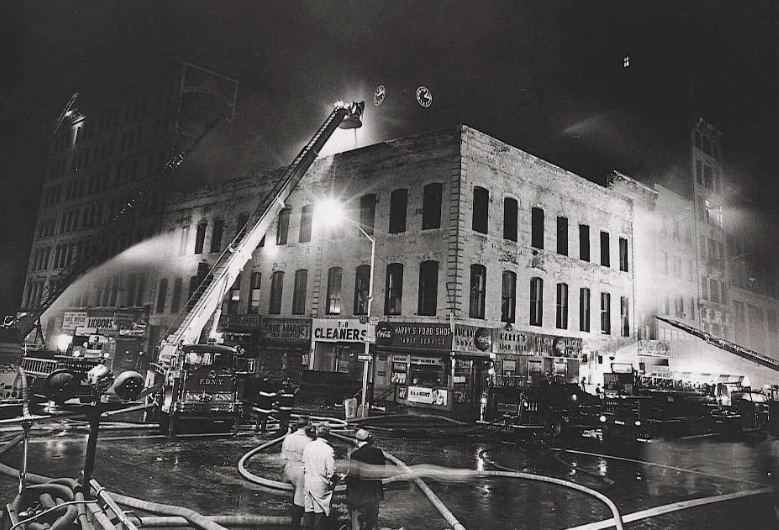 For the last few months a good friend and I have been researching new tours based on city fire department history. He’s an active member in the FDNY. Last year on the anniversary of the Triangle Shirtwaist Fire we co-guided a free tour, and he was a natural at it.

To make a larger and more involved walking tour, we researched city fires going back to the Great Fire of 1776. There have actually been three “great” fires and all of them led to improvements in the city and how to fight fires. This is leading up to two things.

First, we are going to start offering monthly walking tours just focused on city fire history and disasters. It’s not a 9/11 tour, these tours are covering some extremely important and some forgotten fires. We have two planned for March to kick things off:

Tickets are on sale now, and the links above have all the information. 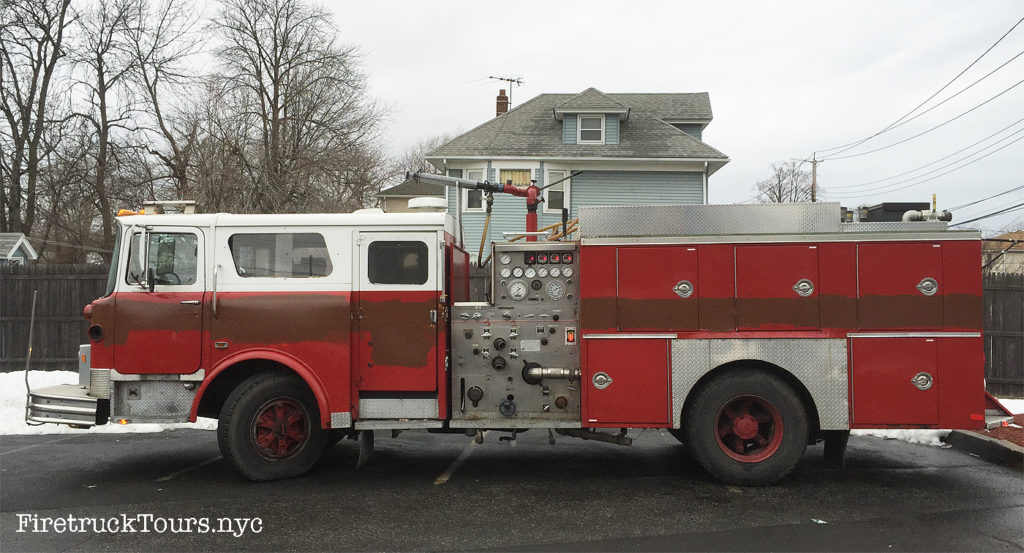 Our rig, before restoration.

The second piece of the news is that yesterday we had the soft launch of our new company, Firetruck Tours New York. A little more than two years ago I purchased at a city surplus auction a retired FDNY pumper. I know it sounds crazy, but we are going to drive people around the city and give fire history tours. It’s still a fire engine (it was hooked up to a hydrant, it works). It will just have seats for passengers. Right now it’s being refurbished to be used as a sightseeing vehicle. But until that time, we are going to offer walking tours and build the business. You can follow us on Facebook and Twitter.

Going into a new research area is always a challenge and a learning experience. I can say that the last couple of years really getting to know the FDNY and its history more, a history my own grandfather was a part of for 33 years, has been nothing short of wonderful.