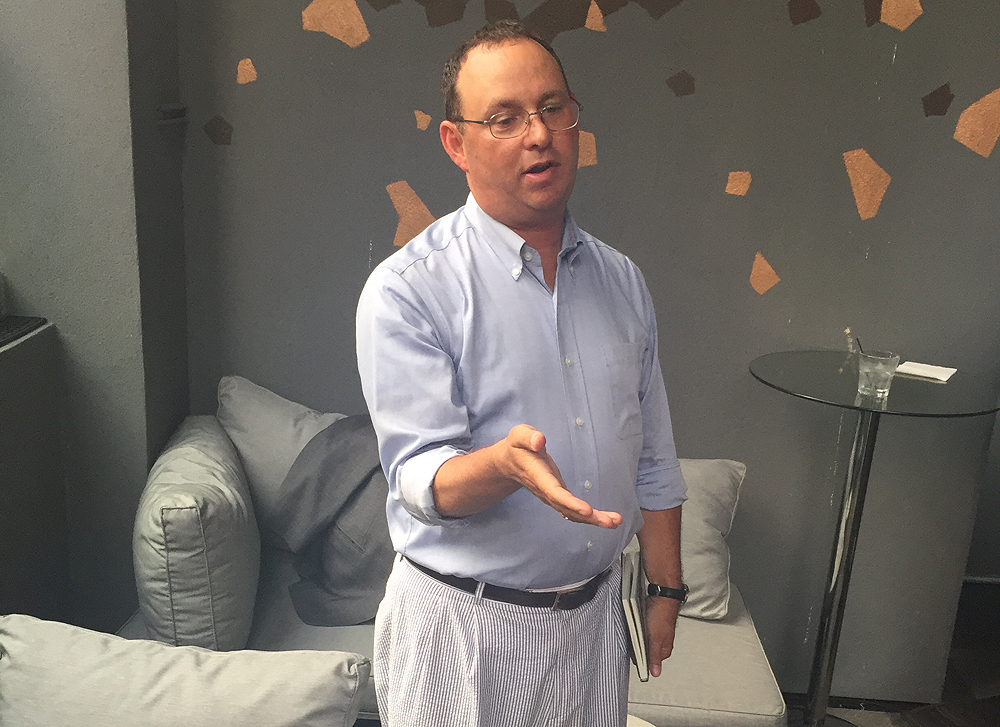 The professor is in. Photo by Christina Fitzpatrick.

Last night I got the opportunity to do something I’ve not done in a couple of years. I didn’t know how much I missed it until I actually was doing it. This was a quick book talk about Under the Table: A Dorothy Parker Cocktail Guide, which was my third book and was published five years ago.

Our financial planner, Steve Gross of Ameriprise, hosted a really nice cocktail party on the rooftop lounge of Allora Ristorante (145 E. 47th Street). Steve and his ImaGen Financial Group team are the best. It was a small group, extremely sticky weather, but the cocktails were perfect. 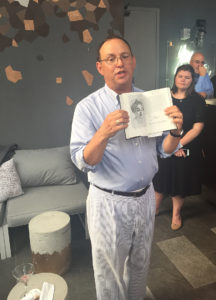 Talking about the Gibson.

When the book came out in 2013 I had a lot of events around it, even in Los Angeles. There were book talks, signings, cocktail tastings, promotional events. It was a fun book to write, of course, got great reviews and did well in sales. I miss talking about the content so it was nice to get back to telling a few stories about some of my favorite drinks. I chose the Dolores, French 75, Jack Dempsey, Gibson, Sidecar, and a couple of others.

In a way once you write a book and put it out to the public, it never goes away. I like that I have a diversity in the content of the books I’ve produced. Yesterday morning I gave an interview about my first book, A Journey into Dorothy Parker’s New York, and that came out in 2005. Today I’m leading a tour of Governors Island, and that book came out in 2016.

I want to thank my old friends Lawrence Carrel and Rocco Staino for turning up to support me, organizer Kristen Harty, and my wife Christina for always being there.