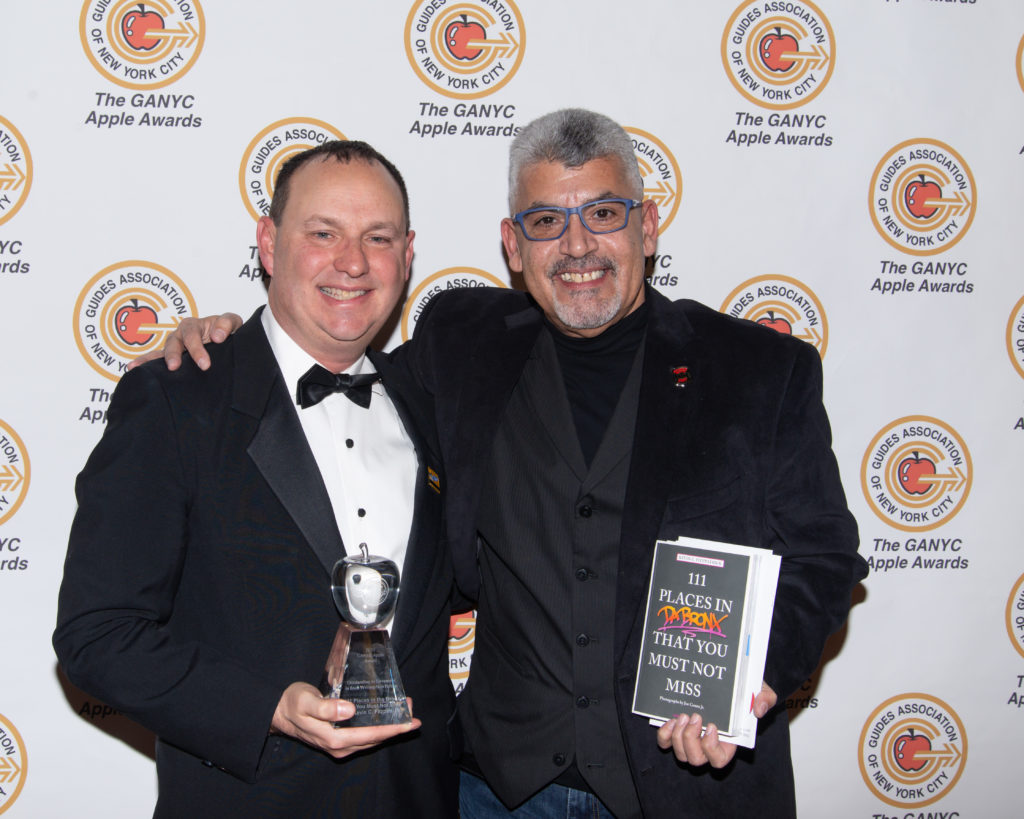 I am happy to announce that on March 2 my book 111 Places in the Bronx That You Must Not Miss won the Apple Award from the Guides Association for New York City in the category of outstanding achievement in non-fiction book writing.

I won the Apple Award last year for my podcast with Joanna Leban, and I won an Apple award in 2018 for my book World War I New York: A Guide to the City’s Enduring Ties to the Great War. I am the only three-time award winner at this awards show; I was previously nominated twice but went home empty-handed.

The event was in Chelsea at the SVA Theatre. The hosts were Tom Meyers and Greg Young, from the Bowery Boys podcast.

I would not have won this award without Joe Conzo, who was my partner and collaborator on this book. Not only did he take amazing photos that are a stunning visualization of The Bronx, but he added so much depth to the project and locations in the book. It was sweet to have our editor, Karen Seiger, there as well.

What made the event so much fun were the friends who were with me. So many of my fellow guides from GANYC, plus Joanna, who was a presenter this year, and our friends from Original Sin Cider.

It was a fantastic event which celebrates the best of New York City, put on by tour guides, and I look forward to next year. 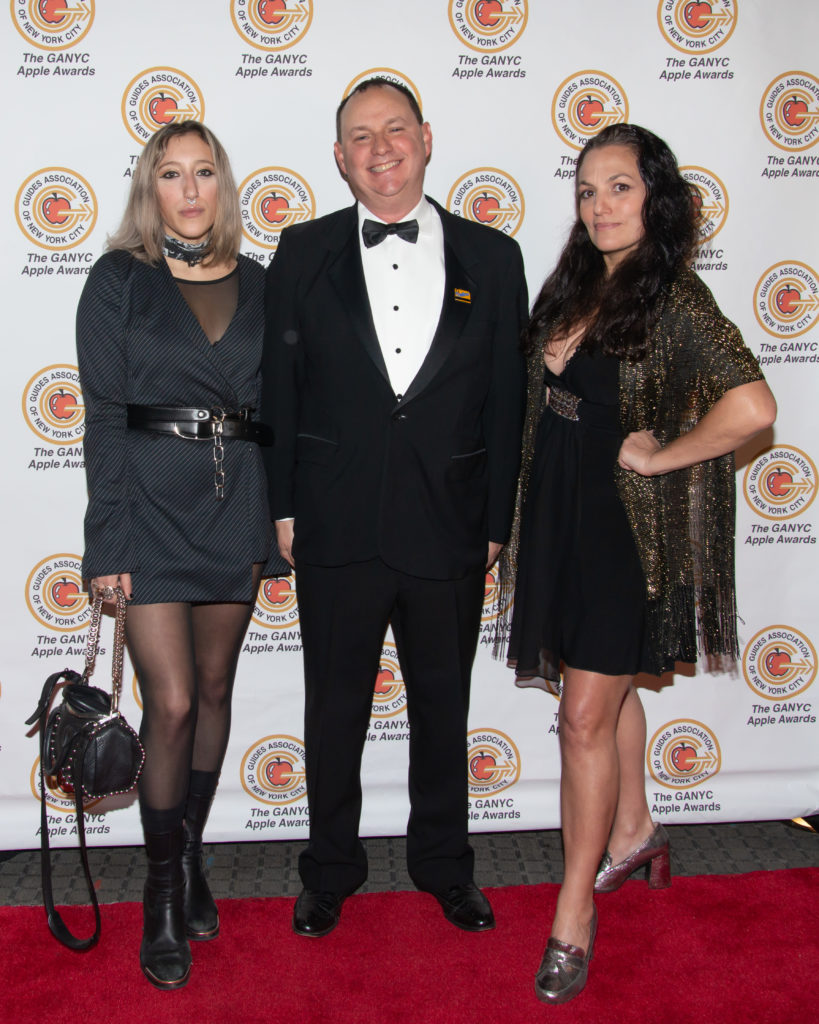 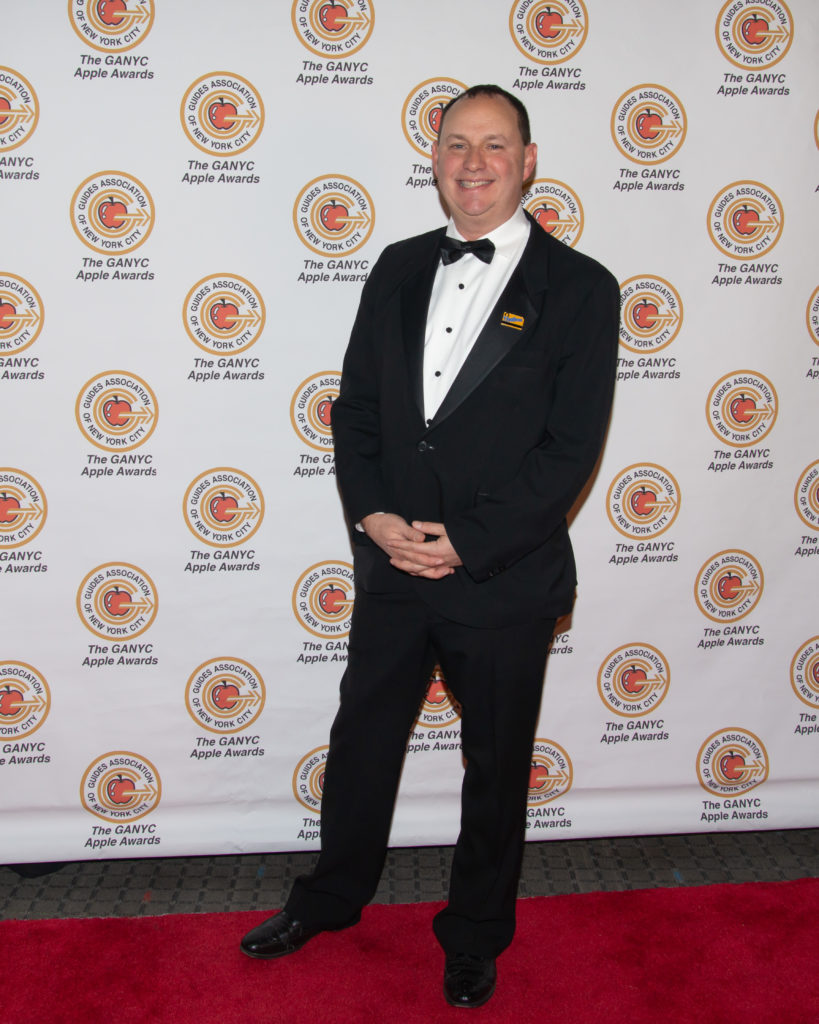 On the red carpet. Photo by Scott Stanger. 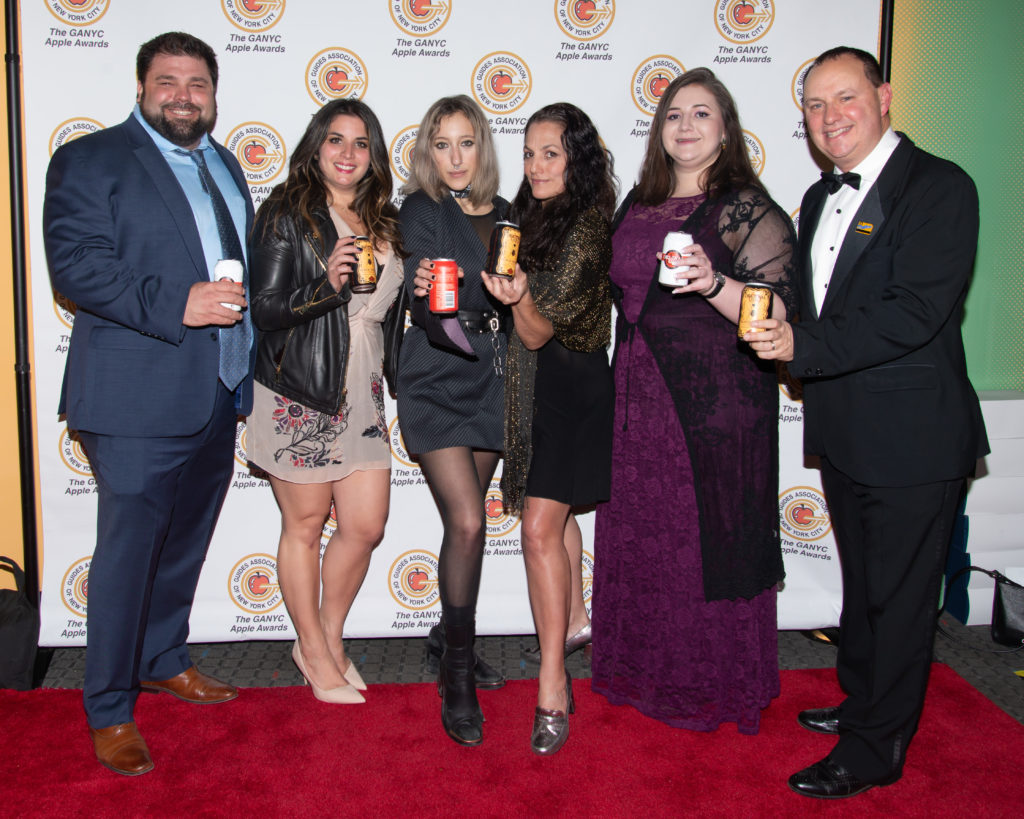 With the crew from Original Sin Cider. Credit: Scott Stanger. 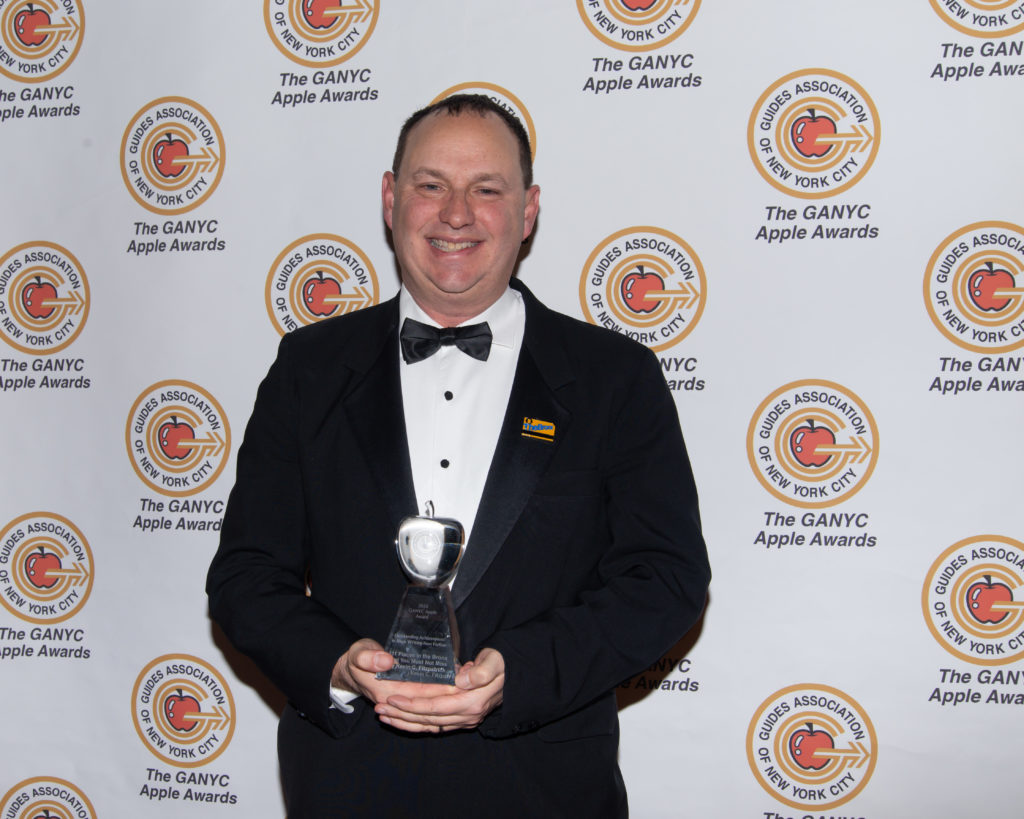 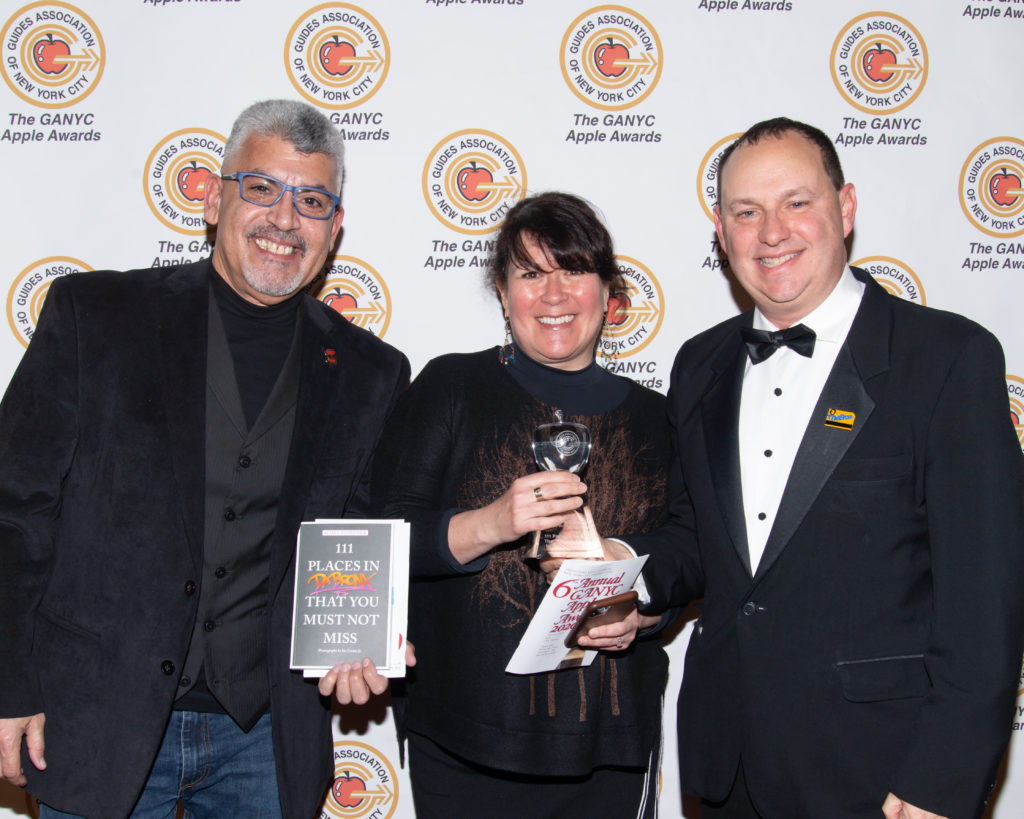 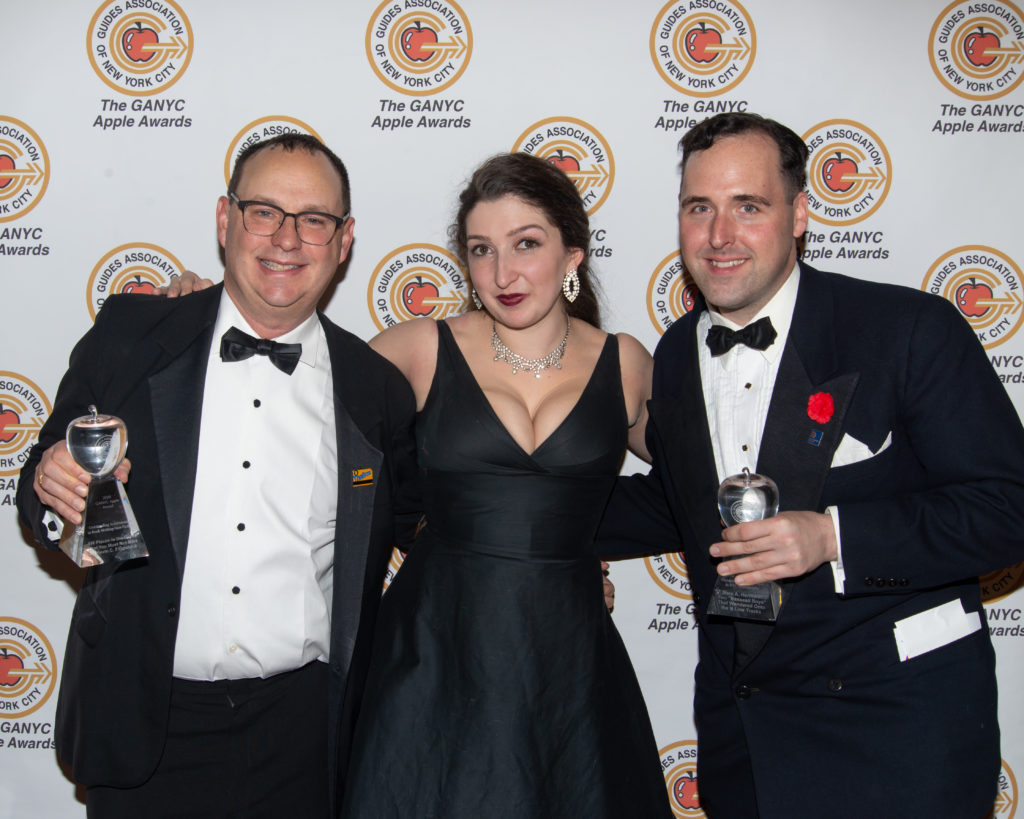