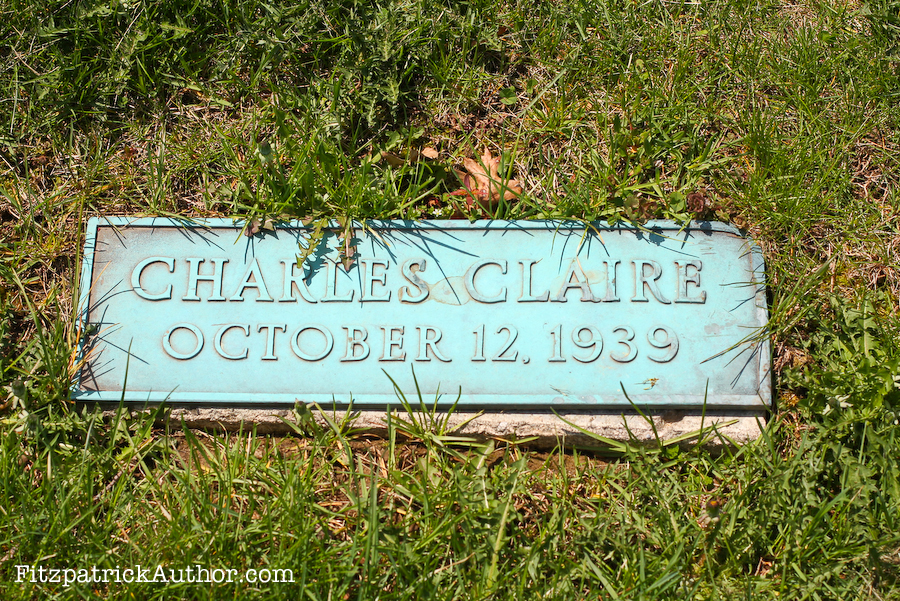 Charles Clair with other spelling of his surname.

Actor Charles Frederick Clair was born 2 February 1871 in London. He emigrated to the United States when he was 21. He arrived in New York on 11 April 1892 aboard the City of Berlin from Liverpool.

His name appears as both Clair and Claire in billings; Clair is on his immigration application. Clair married a German immigrant, Hannah Krueger, on 6 September 1900, in Manhattan. 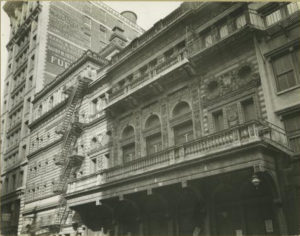 He performed with Gertrude Coghlan, in her dramatic company of 33 actors, in 1901-1902. She and the company were part of an all-star vaudeville acting troupe that played Proctor’s Fifth Avenue. In January 1901 Clair was in the company that performed Coghlan’s adaptation of Vanity Fair at the Amphion Theatre in Williamsburg, Brooklyn. The Amphion, with more than 1,500 seats, opened in the 1880s as a playhouse at 437 Bedford Avenue. It was torn down in 1941.

In 1911 he became a naturalized citizen. Clair reported he was slender, 5 feet 4½ inches tall, with brown hair and gray eyes. He and his wife lived in Chelsea at 258 West Twenty-Sixth Street.

In December 1919, during the Broadway Actors Strike, Clair appeared in the cast of The Grass Widow, a musical in Stamford, Connecticut, staged by Charles Sinclair.

He and his wife moved to the Upper West Side and lived in a rooming house at 141 West Seventy-Eighth Street in 1925. Five years later, in 1930, the couple lived in Jamaica, Queens, at 125 Union Hall Street, right next to the railroad tracks.

Charles Frederick Clair died in Brooklyn, 12 October 1939, sixty-eight years old. He was interred by the National Vaudeville Association in Kensico soon after.