About five years ago I bought a tape on eBay of an NBC radio show from 1933 because it had Heywood Broun and Deems Taylor as guests. Both were members of the Algonquin Round Table, and I was obsessively acquiring as much ephemera as I could. A lot of the material went into my book The Algonquin Round Table New York: A Historical Guide (Lyons Press, 2015). But a lot of it did not.

After reading for so many years about Broun, a newspaper columnist, and Taylor, a composer, I wanted to hear what the men sounded like. Taylor is the narrator of Fantasia, so this was just even more of my obsession at work. I got the tape in the mail and it turned out to be four episodes of the Fleischmann’s Yeast Hour (also known as the Rudy Vallée Show or the Fleischmann Hour) that aired on WNBC on consecutive weeks in October-November 1933. I sent the tape to this really great place in Philadelphia, Under Design, and they sent me back digital files of all the shows. I could now listen to the programs on my computer (and iPhone, pretty cool I admit).

Most of the celebrities at the time I had no idea who they were, so I dove into researching each one. Broun and Taylor were becoming an afterthought as I listened to the four hours of shows. I became a Rudy Vallée fan pretty fast.

In 2014 I was at Kensico Cemetery in Westchester County doing more Algonquin Round Table research. If you have my book (and if you don’t, why not buy it here) the final chapter is about how the members of the Vicious Circle ended up. I went to as many cemeteries as I could to visit their final resting places. Kensico is where playwright Marc Connelly and actress Margalo Gillmore are interred. After paying my respects I explored the rest of the cemetery. This is when I discovered the National Vaudeville Association burial grounds, and all of the forgotten graves of vaudeville performers. I was immediately struck by the scene of all of the graves of the vaudeville stars, and began photographing many of them. This was the start of my Kensico Vaudeville Project in 2015, which is to write biographies of these former stars. 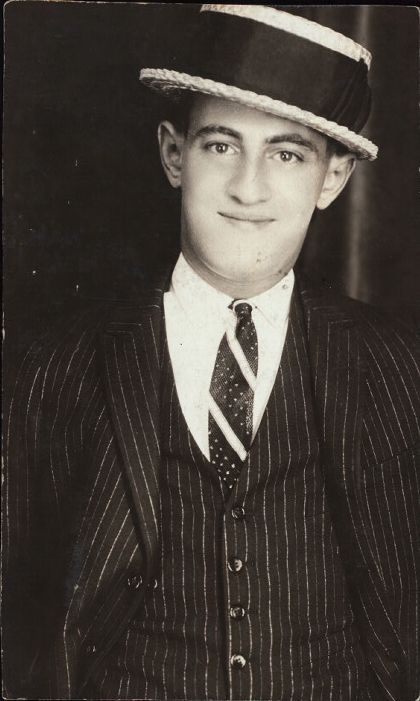 One of the graves of the many I saw that day was of Richy W. Craig, Jr. A bell rang in my head, kind of like the last call cowbell at my favorite dive bars. Craig was one of the many names I had found on the Fleischmann tapes, a vaudeville comedian who died of tuberculosis just as his career was taking off. He was only thirty-one, and died only two weeks after the show broadcast. Maybe I had his final performance? That seemed to me to be a message that I should do something with the tapes and the research of the vaudeville folks.

Last week I finally published my blog post about Richy W. Craig, Jr. I put one episode on SoundCloud that has two performances of Craig, a solo monologue and a scene with actress Mildred Tully.

But the rest of this episode is fantastic: Have you ever heard George Gershwin at the piano? Or Kitty Carlisle before she was a star? Kitty married Moss Hart in 1946 and I met her once at the Algonquin. She died in 2007, and was the last living member of everyone on this program from eighty-four years ago.

Here is a rundown of this program, which aired November 9, 1933 and is 56:20 in length. These are guests and performances in order.

Rudy Vallée (1901-1986) is the host. The Vermont native was one of the biggest stars of the golden age of radio. You can read a full biography here. Jimmy Wallington (1907-1972) is the announcer. His voice is incredible and he earned a star on the Hollywood Walk of Fame for his radio career.

Rudy Vallée performs “Dancing Lady” from the MGM picture of the same name. This was a Joan Crawford-Clark Gable film and the first musical Gable appeared in. The lyrics are by Dorothy Fields and music by Jimmy McHugh.

Richy W. Craig, Jr. (1902-1933) singer, dancer, and comedian. He wrote jokes for Bob Hope and Hope was his close friend. This is a stand-up routine and shows off Craig’s easy delivery.

“Orchids in the Moonlight” from the RKO film Flying Down to Rio (low volume). Sorry but technically this track sounds poor, and is the poorest section of the tape. The rest of the episode is better quality. The movie stars Dolores Del Rio, Ginger Rogers, and Fred Astaire.

George Gershwin (1898-1937) performs “Concerto in F.” This is the classic 1925 concerto; Gershwin was commissioned by the New York Symphony Orchestra to perform. Today Gershwin is recognized as one of America’s greatest composers and performers.

Alice Faye (1915-1998) performs “Sittin’ Up Waiting For You.” Faye was a vaudeville chorus girl who was a rising star at the time. Her big break came when she reached Broadway in George White’s Scandals, and Vallée invited her to sing on his show.

Richy Craig, Jr. and Mildred Tully perform a scene from Say It Isn’t So. I think this was Craig’s script for a Vitaphone short film that Craig didn’t live to film, because it came out the following year. If you listen closely, you can sadly hear Craig coughing. Tully was an actress-singer who had parts in vaudeville and Broadway. 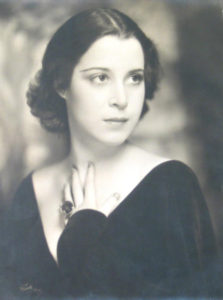 Rudy Vallée performs the Gershwin’s “This Love of Mine.”

George Gershwin medley; he performs “I Got Rhythm” from Porgy and Bess. Kitty Carlisle and Vallée duet on “Of Thee I Sing.”

Rudy Vallée performs “Everything I Have Is Yours” from MGM’s Dancing Lady. Music by Burton Lane, lyrics by Harold Adamson.

Adaptation of Ring Lardner’s short story “The Love Nest.” Lardner was a beloved writer, and he had just passed away on September 25 of tuberculosis. This piece is performed by Jean Dixon, Homer Barton, and Harold Vermilyea. Dixon (1896-1981) was an American stage and film actress. She appeared in June Moon (1929) by George S. Kaufman and Lardner. Barton was on Broadway from 1921-1934. Vermilyea (1899-1958) made his Broadway debut in 1917.