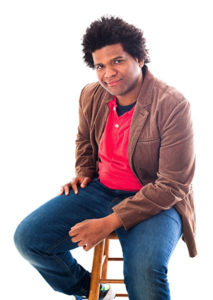 We need to laugh. For the 40th episode of the podcast—and the first one recorded remotely—Joanna and Kevin’s Big Show welcomes comedian Todd Montesi. For more than a dozen years he’s been the host of a roving underground comedy series, the Ug! Comedy Show, a downtown New York showcase. While Todd is stuck at home in Brooklyn, he’s making and sharing comedy online with this friends on his Instagram Live Show.

On the show, we talk about what we’re doing at home and how to be creative. Todd shares that he’s doing virtual shows, with everyone from friends (and a stripper) as guests on his show. Todd has a long-running series PN & Friends on YouTube. He has appeared on such shows as Crashing on HBO. Follow Todd on Twitter, Instagram, and his ubiquitous Facebook Page.

We realize the sound quality isn’t as good as what you’d get from NPR. The show is being recorded via Zoom, so we are still working out the kinks to make it sound better. During this crisis, we plan to put out more podcasts.