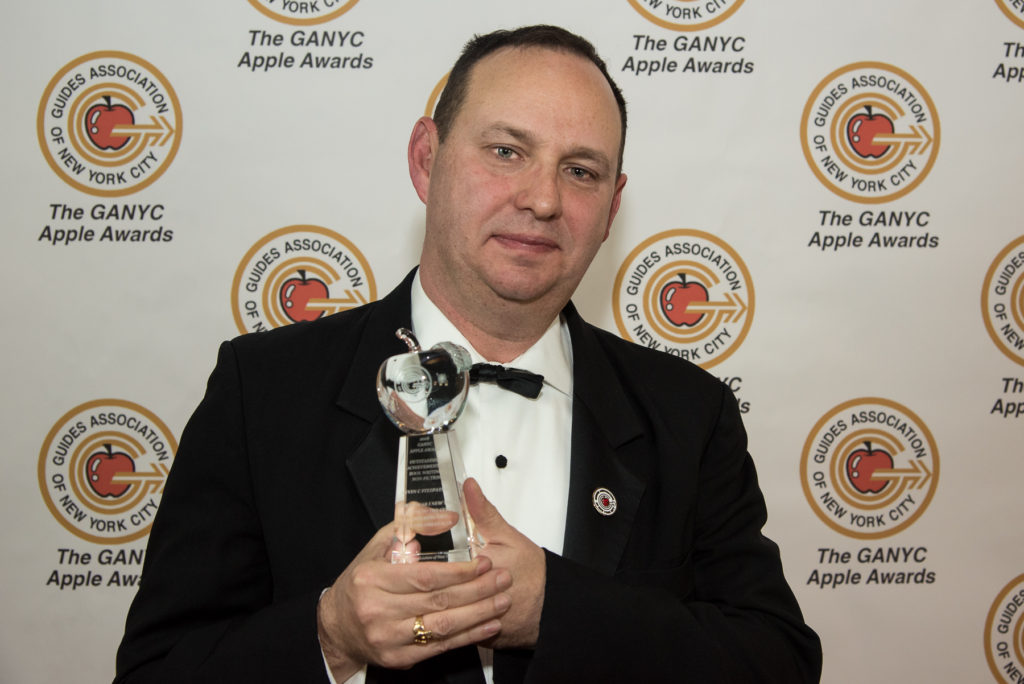 It is a huge honor for me to announce that I was awarded my first-ever literary honor on Monday. My book World War One New York: A Guide to the City’s Enduring Ties to the Great War (Globe Pequot Press) took home the Apple Award given by the Guides Association for New York City. The awards category my book was nominated in and won is Outstanding Achievement in Non-Fiction New York City Book Writing (Published between October 2016- September 2017).

I had been previously nominated in 2016 for The Algonquin Round Table New York: A Historical Guide, and 2017 for The Governors Island Explorer’s Guide. I’ve been a member of GANYC for three years—it’s the only professional organization for tour guides in the city—so it was a nice honor to get an award voted on by my fellow guides. 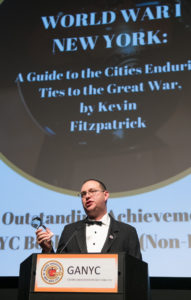 The dozens of nominees across 11 Outstanding Achievement categories were announced by the GANYC Awards Committee in December. The GANYC membership voted on the nominees through mid-January, leading up to the awards ceremony on March 12, where the winners were announced.

It was a fantastic night at the SVA Theatre on 23rd Street, with Brian Stokes Mitchell as the host. It’s not just an awards show, but a fun night and party put on the best tour guides in the city. Here is the full list of winners.

I want to congratulate the other nominees in my category, three authors who all wrote outstanding books about New York City last year:
• David Oshinsky, Bellevue: Three Centuries of Medicine and Mayhem at America’s Most Storied Hospital
• George Robb, Ladies of the Ticker: Women and Wall Street from the Gilded Age to the Great Depression
• Julie Scelfo, The Women Who Made New York

The nice glass crystal trophy made it home safely and to my shelf, next to my James Thurber Bobblehead and Don Marquis’ Archy & Mehitabel handmade toy.