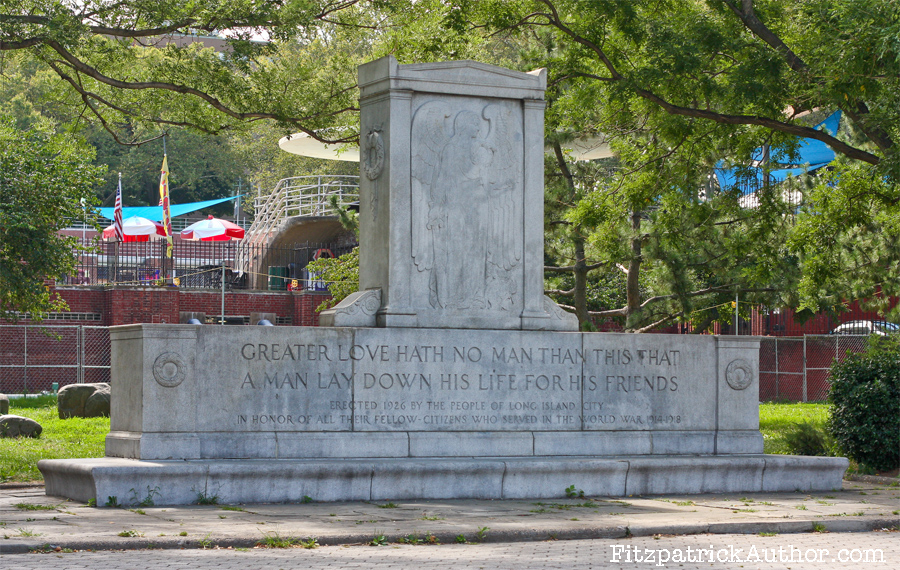 On Monday, March 5, I will be speaking at the Greater Astoria Historical Society about my book World War I New York: A Guide to the City’s Enduring Ties to the Great War. The talk is free for GAHS members, $5 for non-members.

Part One of my talk covers all five Boroughs of New York City. These are the places that were active during the war years, 1914-1918. In Part Two, see the locations of the nearly 150 monuments and memorials in the city. While some might be familiar with the statue to Father Francis Duffy in Times Square, there are memorials and plaques tucked in quiet corners of all five Boroughs. I will devote a section of my presentation to Long Island City and Astoria and other surrounding neighborhoods in Queens.

Queens also has some of my favorite Doughboy sculptures, and a forlorn Army post, Fort Totten.

Books will be available for purchase from Astoria Bookshop.