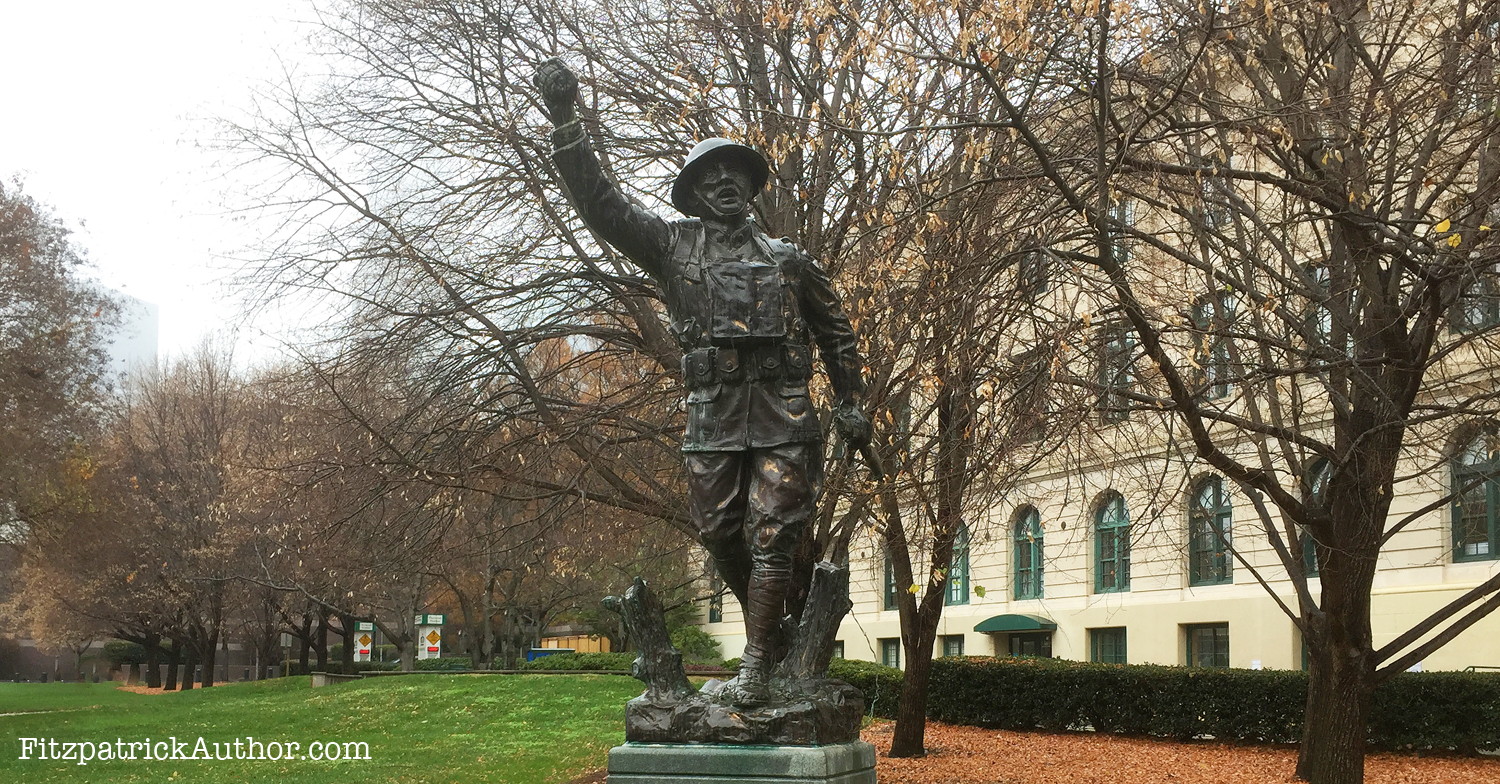 I visited my first sculpture by E.M. Viquesney, The Spirit of the American Doughboy, 647 miles from our house. I was not disappointed to finally see in person a sculpture I’d only read about. This is the World War I sculpture that was mass-produced and today stands in nearly 150 locations across the United States.

The one I got to see is in Charlotte, North Carolina. I was in town for a family wedding, so I took the opportunity to see if there were any WWI memorials in the area. Since I wrote my book World War I New York, I knew that New York City had none of the Viquesney memorials, with the closest being Harrison, NY, and Secaucus, NJ. 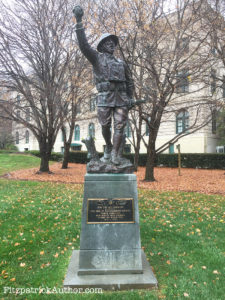 The Charlotte monument is in front of the Mecklenburg County Sheriff’s Office, on the corner of South Alexander Street and East 4th Street, Charlotte. Possibly this is why the sculpture is relatively vandal-free? However, the bayonet and rifle sling are missing, which is a common problem with every Doughboy statue in any location.

To see it up close you can see that it’s somewhat off-putting. The Doughboy has a “pineapple” grenade in his right hand and is clutching a rifle in his left. This particular version still has the barbed wire and pieces of “France” around his boots. The proportions make me think the model was 5’5” tall. The pedestal is extremely boring, and not as elaborate as some other towns and villages erected, with nice granite designs. Charlotte has a plain poured concrete pedestal.

The sculpture is made of pressed copper. Some believe these are bronze, but they are not.

There are so many Viquesney sculptures he has an online database of locations. This details the history of the sculptures and biography of the artist. It says the Charlotte sculpture was dedicated on Armistice Day 1922. 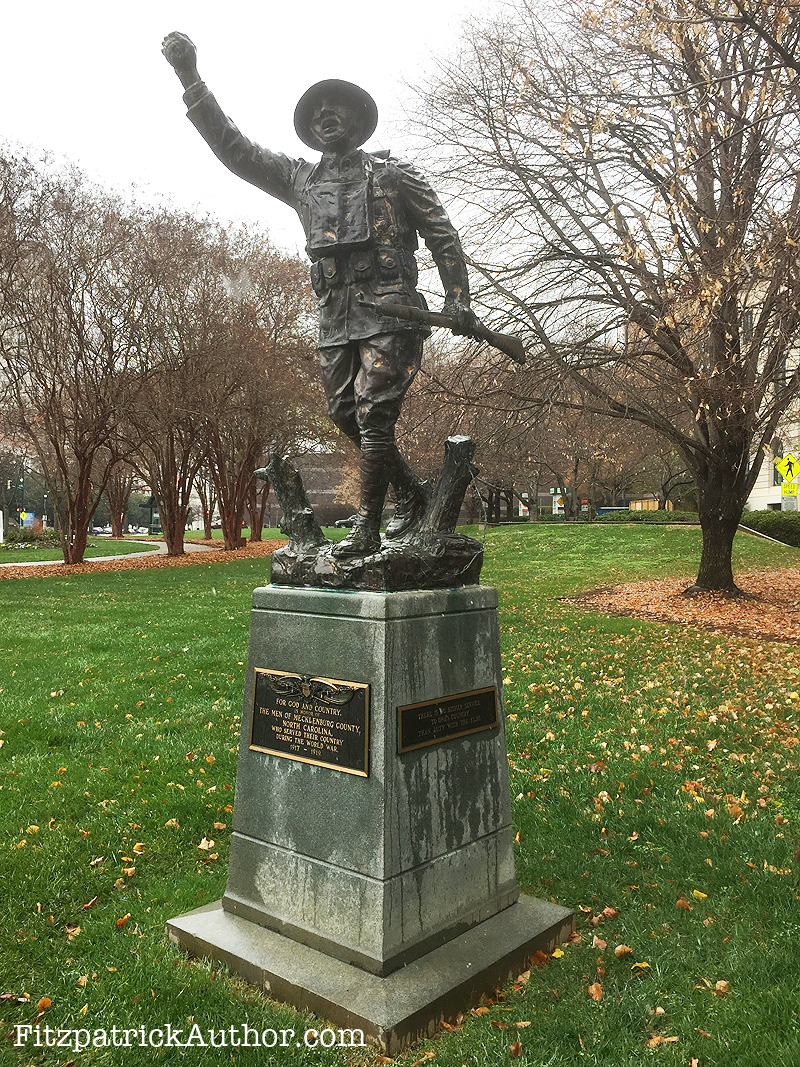 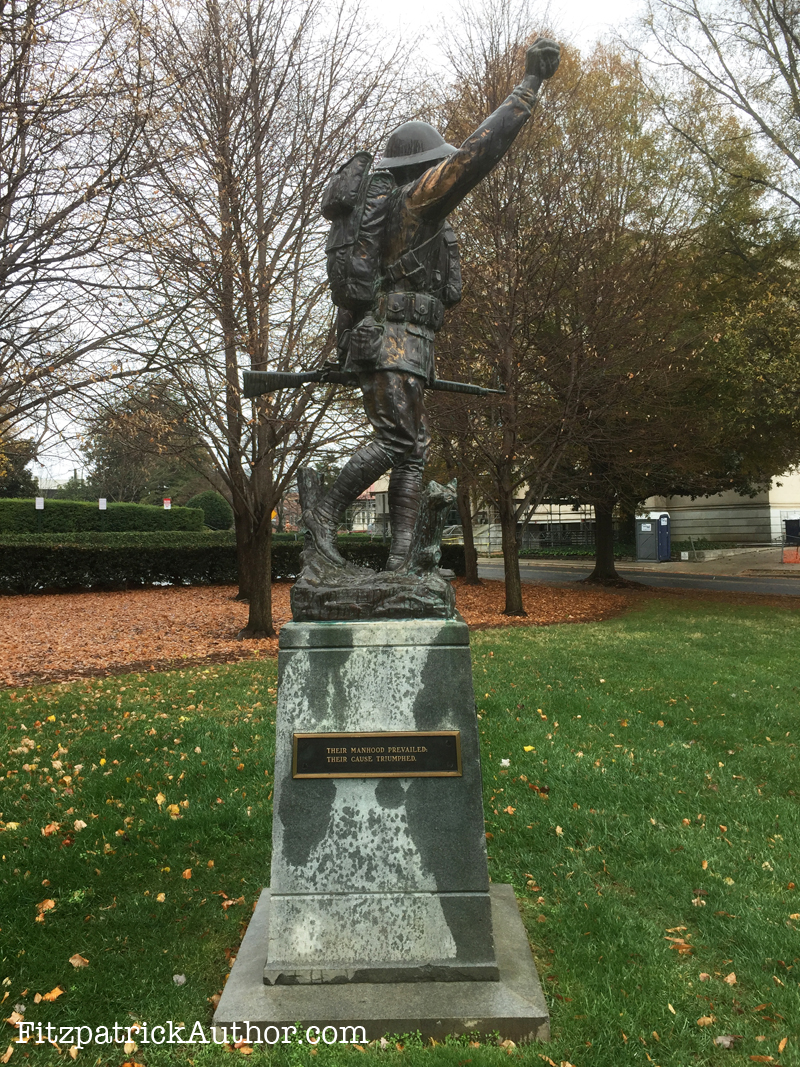 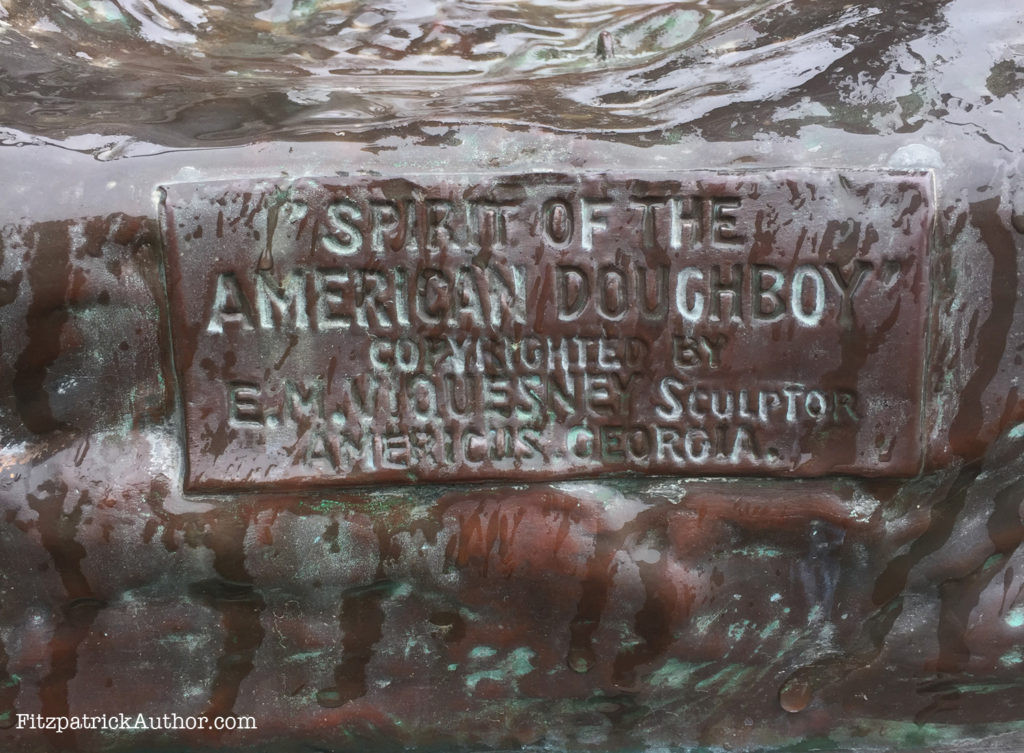