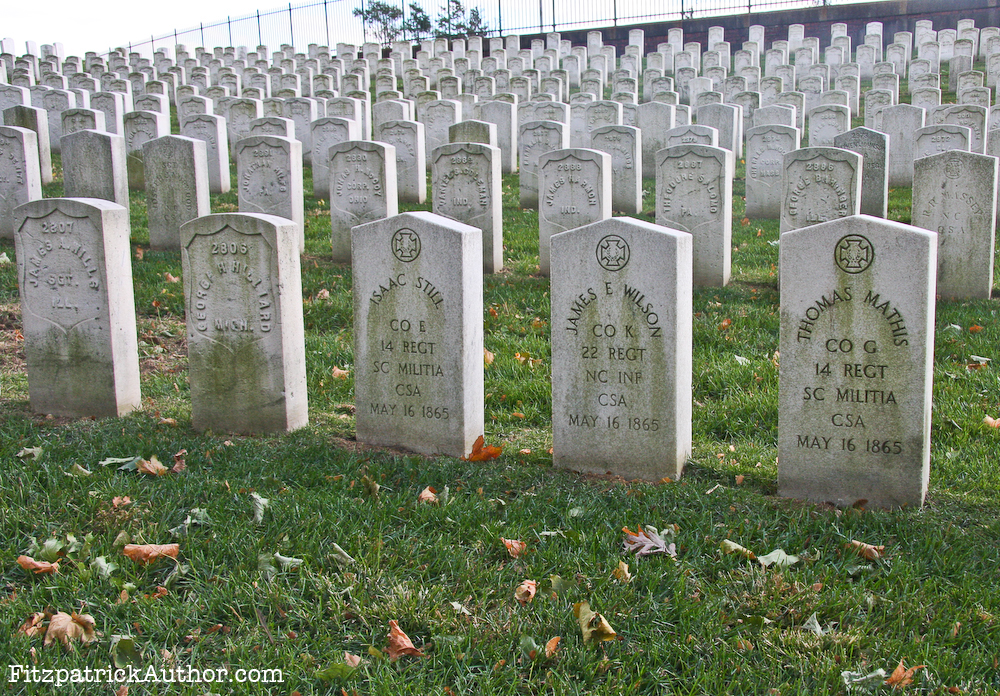 I have paid my respects to the Confederate soldiers buried in Brooklyn. Oh, you didn’t know that more than 500 war dead who served in the Confederate States of America are interred there? There are more Confederate graves in New York City than any other place in the Northeast?

I’ve been waiting to talk to a couple of reporters for two days, since I wrote a book about city war memorials, and give tours of the cemeteries where veterans are buried. This is a little about the Confederates buried in Cypress Hills National Cemetery in Brooklyn and Woodlawn Cemetery in the Bronx.

My interest started on Governors Island, which was the subject of my book last year. Governors Island was not involved in combat but had other important functions during the Civil War (1861–1865). It was the central recruiting center on the East Coast. At the time Fort Jay was called Fort Columbus and it was a jumping off point for units headed to war in the South. Seven state regiments were on the island at once—one Wisconsin unit boasted 1,200 men—and this was when Governors Island covered only 69 acres. 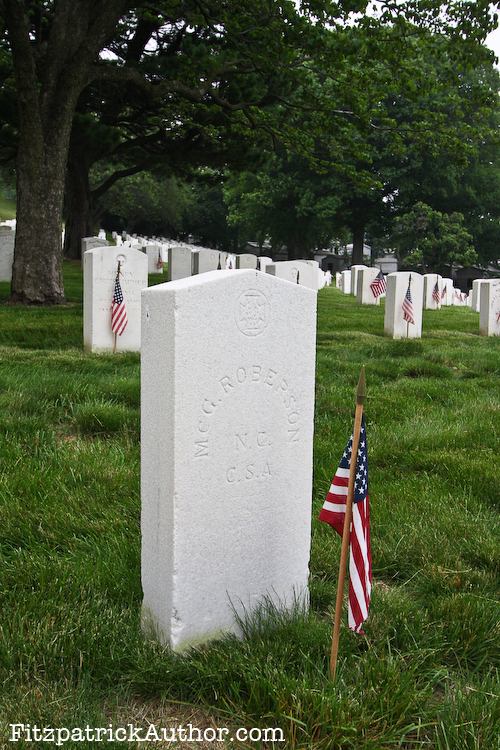 “Today 115 of the 630 are confined by disease which threatens to prostrate us all,” Norman wrote on Sept. 30, 1861. “Four of our men have died within the past five days and many others are dangerously ill.”

Fort Jay housed Confederate officers who were captured in battle; they were allowed to visit enlisted Confederates at Castle Williams. More than a dozen died on the island and were buried in one of the two post cemeteries. In 1878 all of the graves were removed to Cypress Hills National Cemetery in 1878, 625 Jamaica Avenue, Brooklyn.

Cypress Hills is the only National Cemetery in New York City. It opened in 1862, one of the first of the cemeteries created by President Lincoln. Today is contains more than 15,000 graves, including 500 of Confederates. The graves of the former Governors Island soldiers and families are in two clusters. Section 2 is the location of Confederate prisoners of war that died on the island. There are eleven North Carolina Volunteers buried next to each other in graves 4443-4453. Their gravestones are easily spotted because they have peaks on the top. There are three sections to Cypress Hills National Cemetery. The other two sections are located a quarter-mile away inside the private Cypress Hills Cemetery, 833 Jamaica Ave.

Confederates that were captured were brought to New York as prisoners of war, and taken to one of the camps and hospitals around the region, all of them island forts long since abandoned. All of the stories of these men are fascinating. These are two:

Private Charles Fletcher, 26, was from Leesburg, Virginia. He enlisted in Company K, Eighth Virginia Infantry Regiment, on July 30, 1861. He was captured at Petersburg, Virginia, on April 3, 1865, and arrived a few days later at Hart Island, northeast of City Island. Fletcher was taken to DeCamp General Hospital, on Davids Island, a tiny Army post near New Rochelle. Fletcher died there on July 4, 1865. The cause of death is given as both chronic bronchitis and chronic diarrhea. He’s interred in Grave 3083. Private Alex Shelton enlisted on June 6, 1861, at either Fort Powhatan or Richmond, and assigned to Company A, Montague’s Infantry Battalion. This company became the Fifty-Third Virginia Infantry Regiment. He was wounded at the Battle of Gettysburg in July 1863, and handed over to U.S. troops. He too was sent to Davids Island, where he was treated for a gunshot wound to the hip. Shelton was transferred in October 1863 to Fort Wood on Bedloe’s Island (today called Liberty Island, where a Paris-made statue was dedicated in 1886). That winter he fell sick and died December 4, 1863, as a result of his wound and chronic diarrhea. Shelton is interred in Grave 953.

Brooklyn is not the only place to look for Confederates, which all lie in meticulously maintained graves. In the Bronx is Woodlawn Cemetery, the most beautiful burial ground in New York.

General Lloyd Tilghman, a West Point graduate from Maryland, fought against U.S. Grant on the Tennessee River. He was originally buried in the South after he was killed in 1863, at the Battle of Champion Hill at age 47. His family disinterred his remains in 1901 and brought him to the family plot at Woodlawn. Another Southern general is Archibald Gracie III (from the same family who Gracie Mansion is named for), who survived after a horse was shot out from under him, was killed at age 32 at Petersburg. Brigadier General Zachariah C. Deas was at the first Battle of Bull Run, Shiloh, and Chickamauga. He was wounded several times, and after the war resumed his career on Wall Street as a cotton broker. Upon his death in 1882 his family had him buried in the Bronx.

These are some of the Confederates in New York. All of the graves would welcome visitors, no matter what your beliefs may be about the war and its aftermath.