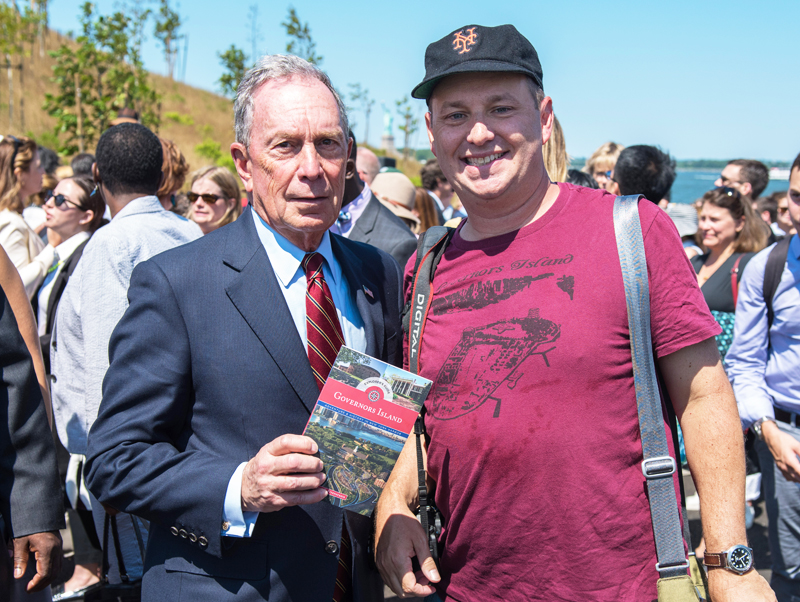 I meant to share this photo on the blog in July, when it was taken. I was invited to attend the ribbon-cutting of The Hills, on Governors Island, on July 19. It was a fantastic event. Incredible turnout. It was also hot as blazes, in the mid-90s. I wore a t-shirt and was under-dressed. As the event was ending, folks were posing with Mayor Mike Bloomberg for selfies. It was my chance. I thrust my book at him.

Mayor Bloomberg flips it open, no doubt looking for his name. (And it’s not in the index, either. Whoever did the index at my publisher did a horrible job).

“Do you have a card?” the Mayor asks. Of course, I don’t. I ran out weeks ago. In a flash, his staffer hands me hers. The next thing know, he motions to his photographer. Snap. Snap.

That night I emailed his staff. The next day I got this wonderful photo. In my t-shirt.