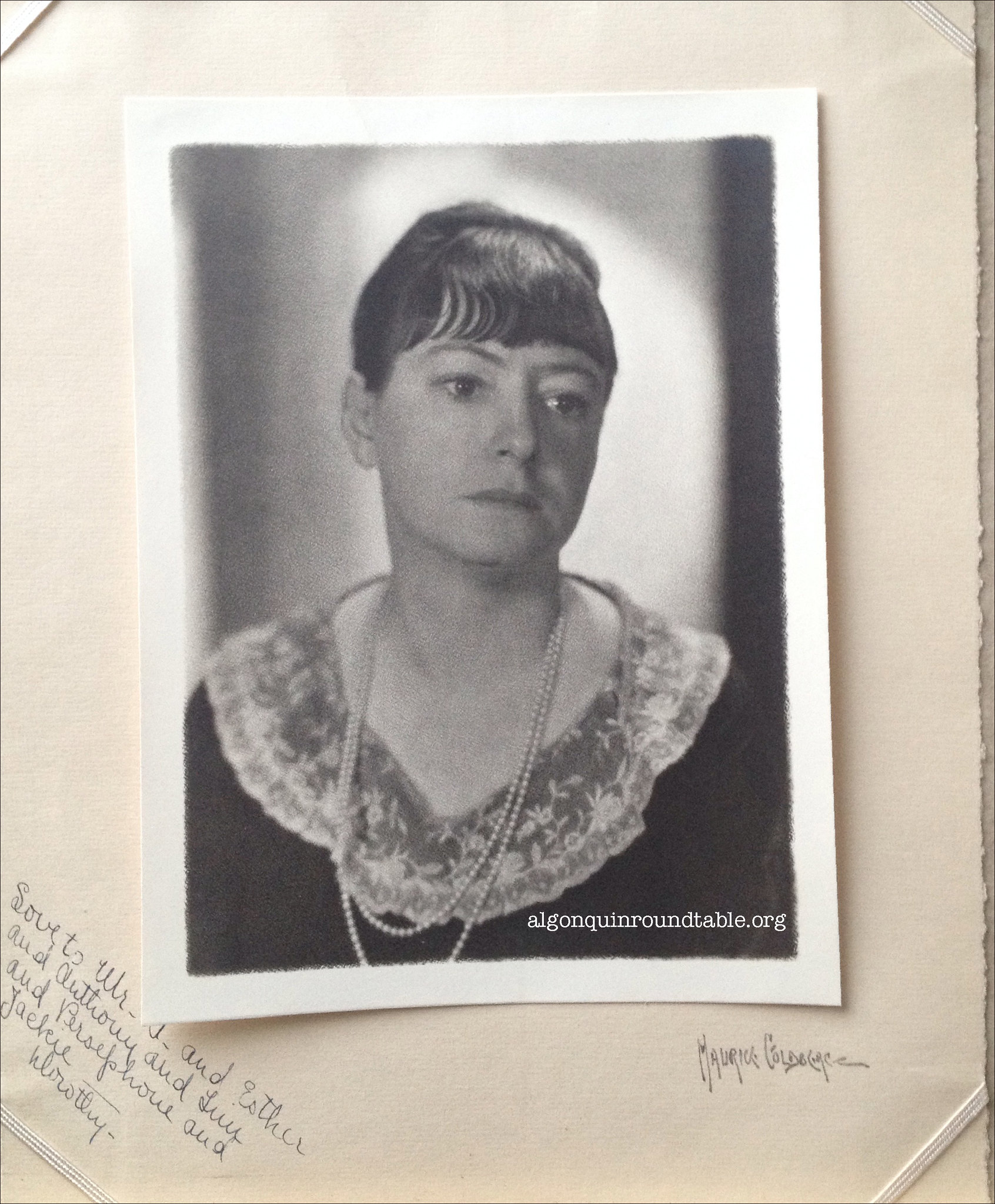 Dorothy Parker gave this signed photo to her friend and mentor F.P.A. and his family. Photo courtesy of Anthony Adams.

Heywood Broun and Ruth Hale had one of their famous New Year’s Eve parties to close out 1921. They lived in a brownstone at 330 West 85th Street, a townhouse that Broun had won the mortgage at a poker game. He later lost the apartment the same way. That night was one of their most famous parties, and many of the Algonquin Round Table were there. The couple emptied the first floor of furniture, and set up rented folding chairs. Using a recipe for bathtub gin, they mixed their own and served Bronx cocktails.

The next morning, Franklin P. Adams (FPA) penned his first column for the Conning Tower for the New Year. He recalled the events of the night before, probably sometime in the afternoon.

A great party and merry as can be. Saw there Mistress Claire Sheridan in the prettiest pink dress ever I saw her wear… Saw H.G. Wells too… Miss Margaret Leech there too and Mistress Pinna Cruger, one prettier than the other; but I loved Mistress Dorothy Parker the best of any of them, and loathe to leave her, which I did not do till near five in the morning, and so home.