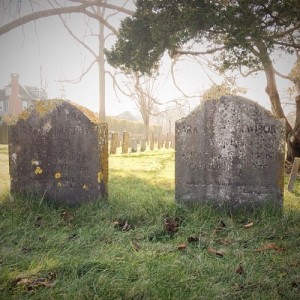 I’ve been meaning to go for 10 years and it was nice to finally pay my respects to these two Jazz Age legends, who F. Scott Fitzgerald based Dick & Nicole Diver upon in Tender is the Night. A tragic couple who were beloved by Hemingway, Dos Passos, Dorothy Parker, and Picasso.

Their two boys died tragically young and their graves are in the same plot. Maybe it’s the holidays, maybe it’s a family loss so big, maybe it was seeing the mossy graves, but I got choked up when I found the stones after just 20 minutes of searching (with our 4-year old son running amok among the headstones).

This is South End Cemetery. From the local chamber of commerce site: “Adjacent to the Town Pond, this cemetery once formed the church yard for East Hampton’s first meeting house which stood on the north side. The oldest burying ground in the Town of East Hampton, it contains tombstones dating back to the 17th century.”