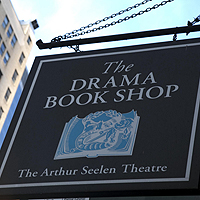 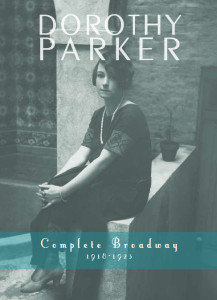 Toast the woman who was the talk of the town in the Roaring Twenties, Dorothy Parker. “If I were to tell you the plot of the piece, in detail, you would feel that the only honorable thing for you to do would be to marry me,” she wrote, along with, “Miss Dorothy Mackaye’s best moments were those when she was off stage.” When Broadway had 80 theaters and more than 200 shows opened annually, Dorothy Parker was the only female critic. Beginning in 1918 on Vanity Fair when she was 24, Parker dished up devastating and groundbreaking reviews of The Barrymores, George M. Cohan, W.C. Fields, Eugene O’Neill, and the Ziegfeld Follies.

Join Kevin C. Fitzpatrick, editor of Dorothy Parker Complete Broadway, 1918-1923, the first full collection of Parker’s theater reviews. He’s president of the Dorothy Parker Society and will host a free talk, reading, and speakeasy-style toast to the pioneering critic and writer. See Broadway’s past through the eyes of one of New York’s greatest observers, the inimitable Dorothy Parker.