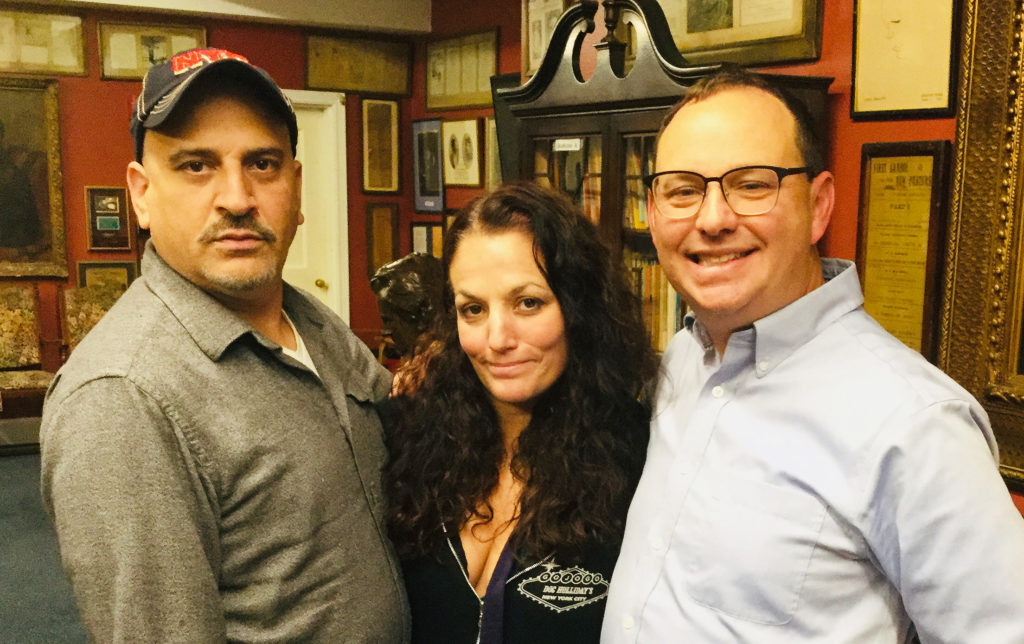 We have an excellent show with East Village composer-singer Julian Fleisher, who also gave us a new song he produced to include on the show. It is “Nothing Rhymes With Christmas” that he wrote and is performed by the great Ana Gasteyer. It’s included to hear in its entirety courtesy of them on the show!

Julian wears a lot of hats, but he likes being on the stage the most. In this episode, we chat about music and songs, what makes a classic, and his stories about performing. He’s a regular at Joe’s Pub with his own band, and plays regularly. He’s now out with Ana promoting her new record that he produced, Sugar & Booze. They have shows in November and December. Follow Julian on his Instagram, his website, and Facebook.

We record the show at The Lambs, 3 West 51st Street. Founded in 1874, it’s America’s first professional theatrical club (not to be confused with a restaurant).